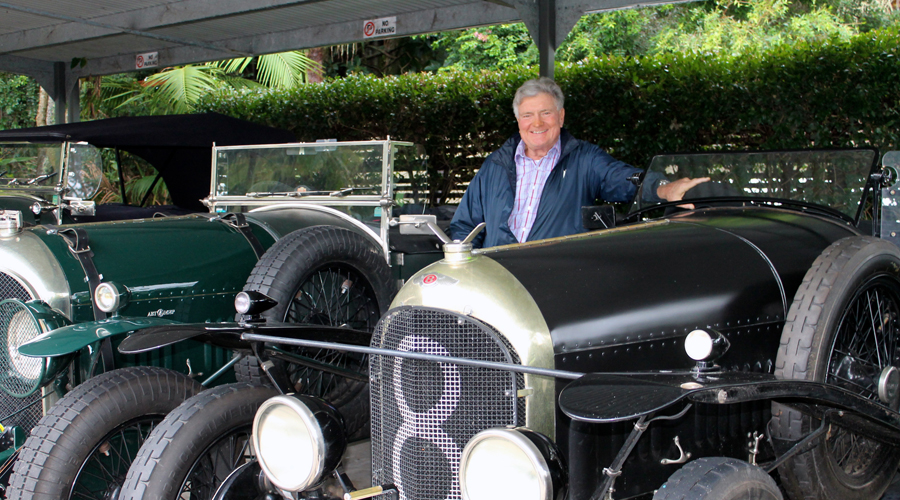 Some of the world’s most prestigious vintage cars graced The Byron at Byron Resort and Spa this week as the Bentley Car Club of Western Australia rolled into town.

“We were so honoured to look after these guests” said The Byron at Byron’s Executive Assistant Manager Heath Batterham. “They were subject to continual rain and strong winds but they still took off every day with the roofs off their cars to see the sights and shop and dine in town. I did observe that their passion for motoring was followed closely by their passion for marmalade. We are restocking.”

Rally organizer Peter Briggs brought his 1922 W.O. Bentley. “This is not just any old Bentley” he explained. “They go up to 1931. After that Rolls Royce took over the company and started making Bentleys with Rolls Royce engines, but they were never the same as the W.O.’s.

“The whole business of motoring is cars in my view are a five dimensional art form. You can touch them, smell them, hear them, see them and drive them. There is no art form that I know of that you can get that sort of enjoyment out of. Every car has its personality, its character. To the day I die I’m a car enthusiast”.

The rally sees 45 Bentleys and their owners visit 17 towns, from the Mornington Peninsular in Victoria to Thredbo and up to Port Douglas over a four week period, including a two night stay in Byron Bay. Whilst in Byron the rally participants visited five restaurants and toured the region extensively.

“From Bentleys to Blues Fest to the Bangalow Billycart Derby, it all happens in the Byron shire and we just love the diversity” said Heath Batterham.

Bentley enthusiasts have shipped their cars from all corners of the world to take part in this rally.