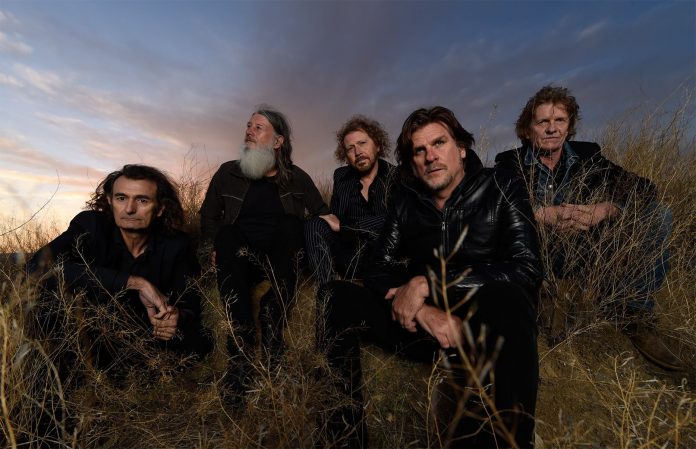 Performing tracks from the new album ‘Still Here’ and the Beasts Of Bourbon classics.

After an emotional final performance with the Beasts of Bourbon, Tex Perkins thought of getting the band’s members, past and present into a recording studio just to celebrate the band and see what resulted.

Sadly, bassist Brian Hooper died a week after the show.

But weeks later former Beasts Charlie Owen, Boris Sujdovic, Tony Pola, Spencer Jones, Kim Salmon and Tex Perkins assembled without a plan, save for the crazy M.O. employed back in 1983 when the Beasts first recorded The Axemans Jazz in that fateful 8 hour session. As back then, they went at it!

Songs weren’t so much learned as ideas thrown together and recorded the moment they coalesced.

The result is a collection of pieces with names like ‘Pearls Before Swine’, ‘My Shit’s Fucked Up’, ‘Drunk On A Train’ and ‘On My Back’ in a raucous celebration of their own Beastliness.

Spencer was sadly only around long enough to make it onto one track .

But what a track – witty observations from the hospital bed entitled ‘At The Hospital’.

This isn’t The Beasts of Bourbon. It would need to have Jonesy on every track to be that!

But loudly and proudly this is: