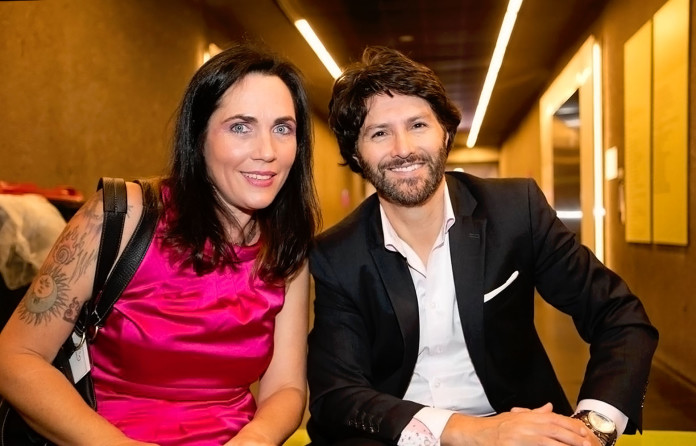 The internet is awash with news articles examining the potential impact of Virtual & Augmented Reality with predictions that this new medium will reach across all sectors of business and community and will grow into a $150 Billion Industry. Virtual Reality (VR) is poised to become a household reality as consumer hardware options are brought to market by companies including Facebook, Go-Pro, Microsoft, Google and Sony and is considered by many to be ‘the next internet’ – with 2016 resembling for VR where the dot-com boom sat in 1996.

As the world’s biggest Film Festivals (Cannes, Sundance and Tribeca) start to incorporate VR elements to their programs the Film and Television Industries are now looking seriously at how VR and film/TV will evolve together. BBFF’s Technical Director Osvaldo Alfaro and Festival Director J’aimee Skippon-Volke have a longstanding passion for immersive mediums having established GreenhouseFX 3D|VR in Goonengerry, deep in Byron’s Hinterland, in 1999 and for the past 2 years they’ve been introducing the medium to filmmakers coming to the festival.

“Rather than ‘Jumping on the Bandwagon’, we’re hitting the ground running” says J’aimee. “We’ve developed a number of initiatives for BBFF2016 which will be held in its new timeslot of October this year which will introduce VR to Byron Bay and its Filmmaking and Creative Communities”.

“This new facet to our festival really excites me as I’ve been passionate about immersive user experiences including Virtual Reality (VR) since the early 90’s”, said Ossie. “We are also proud to announce two new categories and associated awards for BBFF2016. The first will be the inaugural Best Achievement in a Virtual Reality Experience – a field suited to filmmakers engaging in the relatively new 360-degree film capture techniques, made possible by the newer panoramic camera rigs that house an array of cameras such as GoPro’s. The second will be the Best Achievement in an Interactive Virtual Experience more suited to worlds and experiences created within a game engine”.

As J’aimee explains, “Technology continues to break the boundaries between reality and imagination, and offers us new forms of entertainment which are more immersive, where you truly are transported to other realms. While our event remains focused on creating a shared screen experience for our audience we’re keen to explore the possibilities that Digital Immersion creates as this new technology evolves. ”

Ncube8 is supported by Festivals Australia and is a VR initiative aimed at introducing the medium to a wide-range of traditional artists including filmmakers. As well as providing workshops for anyone interested in the medium the Festival will also identify 6 to 8 artists and filmmakers in order to help them ‘evolve’ their work into virtual realms. Selected artists will receive access to VR tools &/or mentoring and support from established VR developers with the work created then showcased at the festival and on-line. Co_Lab_Create is a networking and discussion-based event aimed at the Film, Visual Effects and Gaming Industries. “In our opinion these 3 Industries together will develop and create the digital entertainment and electronic culture of the future. VR and Augmented Reality will continue to evolve in the years to come and what is ground-breaking today will seem primitive in just a few years” J’aimee added.

The new VR categories will be open soon but ‘traditional’ Film Entries for the 10th Byron Bay International Film Festival are open until June 10th 2016. The festival will start to roll-out workshops for Filmmakers and Artists in early July. Artists and Filmmakers interested in being considered for VR/AR Incubation should contact ncube8@bbff.com.au

More information about the festival is available at www.bbff.com.au