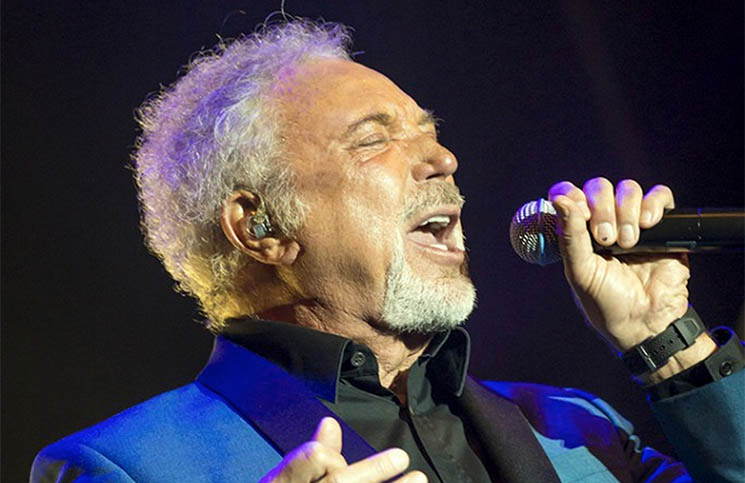 Co-headlining the second announcement is the incomparable Tom Jones, a living legend who will be appearing at Bluesfest for the first time in 2016. Over his 50 year career, Tom Jones has sold over 100 million records, won a Grammy and two Brit Awards and given us countless hits including; ‘It’s Not Unusual’, ‘Delilah’ ,‘Green, Green Grass of Home’, ‘What’s New Pussycat’ , ‘She’s a Lady’, ‘Kiss’, ‘Mama Told Me’, ‘Thunderball’, ‘Burning Down The House’ , ‘Sex Bomb’, ‘I’ll Never Fall In Love Again’ and ‘If I Only Knew’.

Also headlining this announcement, and in another first for Bluesfest, is one of the most talented songwriters in modern Rock, Noel Gallagher, who will be performing at Bluesfest with his band, the High Flying Birds.

Portland’s finest, The Decemberists, the hugely successful and inspiring Indie Folk Rock band will be making their Bluesfest debut in 2016. Their career spans over more than a decade and with their songs ranging from upbeat Pop to instrumental ballads, The Decemberists have charmed audiences all over the world with their eclectic live shows.

The second announcement also includes some of the brightest stars of the next generation, with American Alternative / Classic Country & Southern Rock singer-songwriter Jason Isbell returning to Bluesfest. Jason’s album Something More Than Free went No. 1 on three (yes, that’s three!) different Billboard charts – Rock, Folk and Country. In 2014 Jason Isbell achieved a clean sweep at the Americana Awards, winning all three awards he was nominated for: Artist of the Year, Album of the Year and Song of the Year!

Also added to the Bluesfest line up is the hugely talented and rising star, Alternative Country artist Sturgill Simpson, who has been heralded as the next Waylon Jennings, Willie Nelson and Johnny Cash all rolled into one. It was his year (after Jason Isbell scored big in 2014) to clean up at the recent 2015 Americana Awards, taking out the Artist of the Year award and Song of the Year award for ‘Turtles All The Way Down’. This year Sturgill also won Best Album, Best Songwriter, Best Male Vocalist in the Nashville Scene Country Music Critics Poll & came in second for Artist of the Year and third for Best Live Act. Sturgill Simpson has become a significant addition to all signature festivals including Glastonbury, Lollapalooza, Bonnaroo and the upcoming Austin City Limits.

Wilco front man Jeff Tweedy, who is one of contemporary American music’s most accomplished songwriters, musicians and performers will be coming to Bluesfest as Tweedy; a musical collaboration with his young adult son, drummer Spencer Tweedy. Father and son have been performing together since 2014 and have recently released Sukierae, an album full of great depth and richness. Bluesfest, being hailed the perfect father & son event on many occasions will be the perfect fit for this father & son duo! Jamaican Reggae icons The Wailers, led by legendary bassist Aston ‘Family Man’ who has always been the The Wailers band leader, will be coming to Bluesfest for four consecutive shows and each set will be completely different from the other! Over four massive nights at Bluesfest The Wailers will be performing one of their classic albums in entirety each night including; Exodus, Survival, Uprising and Legend(the best-selling Reggae album of all time) plus the big hits like ‘No Woman, No Cry’, ‘Redemption Song’, ‘Is this Love’, and more.

Grace Potter is returning to Bluesfest with her sultry vocals, commanding stage presence and this time around, along with crowd favourites including ‘Paris (Oh La La)’, ‘Stars’, & ‘The Lion, The Beast, The Beat’, will be bringing the latest from her first solo album Midnight.

In another Bluesfest debut, Lord Huron, the rising Indie Folk band from the US, is joining Bluesfest’s 2nd artist announcement. Lord Huron,which begun as a solo project by Ben Schneider, has grown into a band with a big following all over the world; their latest album Strange Tailswent to No. 10 in the Billboard top album charts and No. 1 in the Billboard Folk charts.

World/Folk/Hip-Hop/Roots music collective Nahko and Medicine For The People, known for their unrelentingly positive and energetic shows absolutely blew the Bluesfest crowd away in 2014 and will be sharing their spiritual, socially conscious message at Bluesfest once again next Easter.

American Rhythm and Blues band Vintage Trouble just finished their special guest spot for the legendary AC/DC on their Rock Or Bust World Tour. Their new album 1 Hopeful Rd. is currently No. 14 on the BBC UK Album Charts. Vintage Trouble is set to rock the socks off Bluesfest goers with their very own ‘live-wired, straight-shootin’, dirty brand of Blues Rock that has audiences all over the world wanting more.

Blues man Lucky Peterson, who released his first record at five years old in 1969, discovered by Blues legend Willie Dixon, will also be making his Bluesfest debut in 2016.

eMDee, hailing from Australia’s top end, will be taking a short break from his season at the Sydney Royal Easter show to deliver a mind blowing performance on the didgeridoo that has to be seen to be believed.

Expanding the definition of Southern Rock, Blackberry Smoke is one of America’s hottest live Rock ‘n’ Roll outfits & a grass-roots phenomenon. They’ve shared the stage with ZZ Top, Zac Brown Band & Lynyrd Skynyrd. Their most recent album Holding All the Rosespeaked at No. 1 in the US Billboard Country charts.

Stay tuned as Bluesfest will be releasing a series of announcements in the coming weeks.